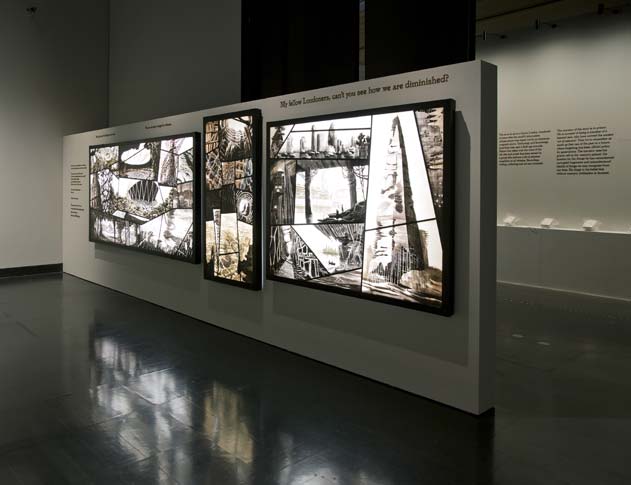 Memory Palace was a wall-in story that brought to life a new work of fiction by the author Hari Kunzru. This narrative world was visualised through a series of commissions by 20 internationally acclaimed illustrators, graphic designers and typographers.

Kunzru’s story was written in a series of short passages that moved in a non-linear way through the dystopian world he created. Each of the designers and illustrators worked on a different passage of text from the story, responding freely to the text.

Fraser Randall were appointed as the Project Manager for the project and worked with the V&A to appoint a team to design a space that would give a co-ordinated set for each artist to install their works. We also worked with the Client to appoint a setwork contractor who could not only produce the set design by could also assist the artists in a number of their designs if required. 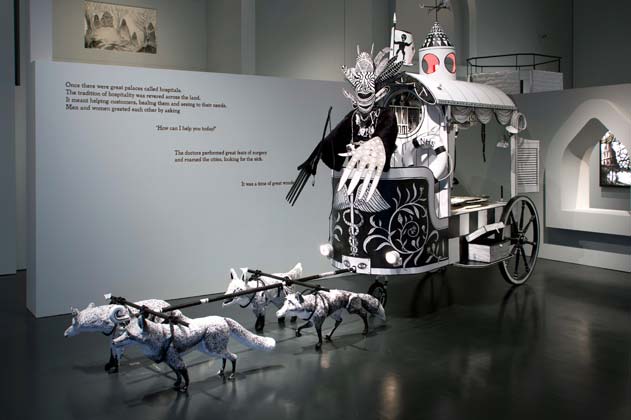 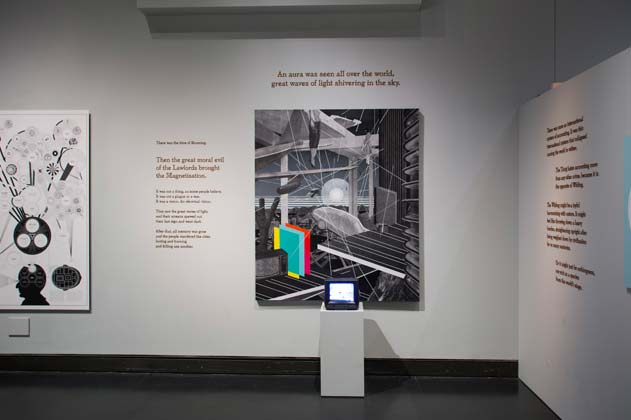 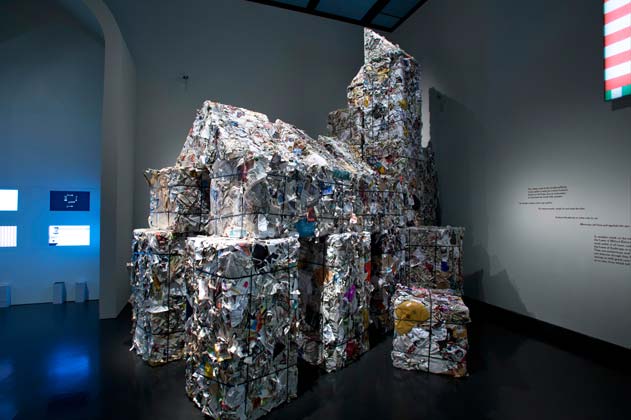