‘Their Past Your Future’ Imperial War Museum

This exhibition was designed to create awareness in the younger generation of the Second World War in its 60th commemorative anniversary year. Nine identical exhibitions were constructed and toured the UK to approximately 70 venues over a 12 month period from February 2005 until March 2006.

Fraser Randall were appointed as the design, construction and technical tour manager for the exhibition, and also managed the production, collation and distribution of 150 outreach education kits, made up of a number of graphic and replica components which were delivered to every venue hosting the exhibition and other schools and outlets involved in the project. Fraser Randall were also responsible for managing all logistics and client representatives at each venue hosting the exhibition. 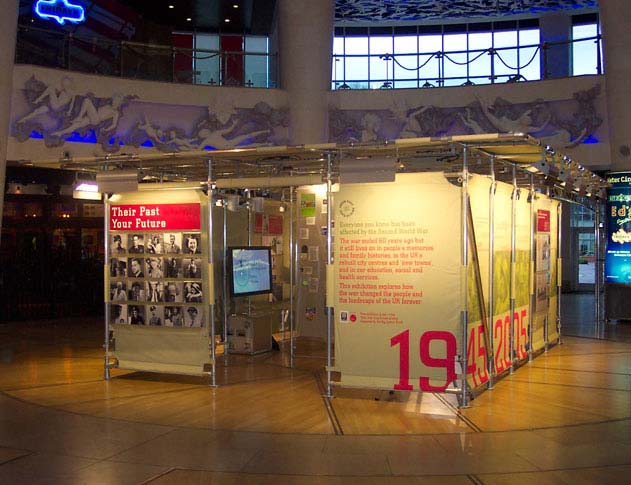