This object rich exhibition used software and BFI film footage to bring the collection of film and television memorabilia to life. The collections were housed in vertical showcases and horizontal coffee tables which incorporated recessed setwork cases. The exhibition was designed to tour and Fraser Randall worked closely with the designers to develop a modular, custom built wall, floor and ceiling system that could be easily freighted and had flexibility for the differing layouts of touring venues.

Fraser Randall were appointed as the project, construction and tour manager for this exhibition intended as a pre-cursor to the proposed relocation of the Museum of Moving Image. 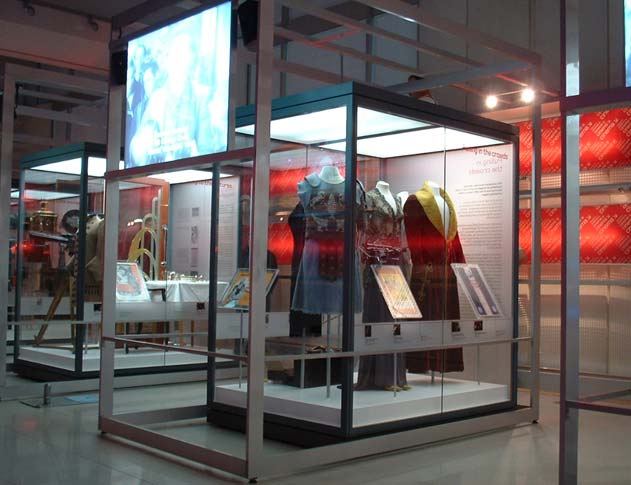